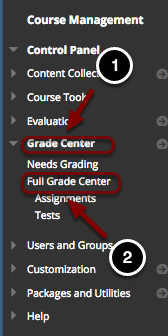 Log into your Blackboard course and go the Control Panel: 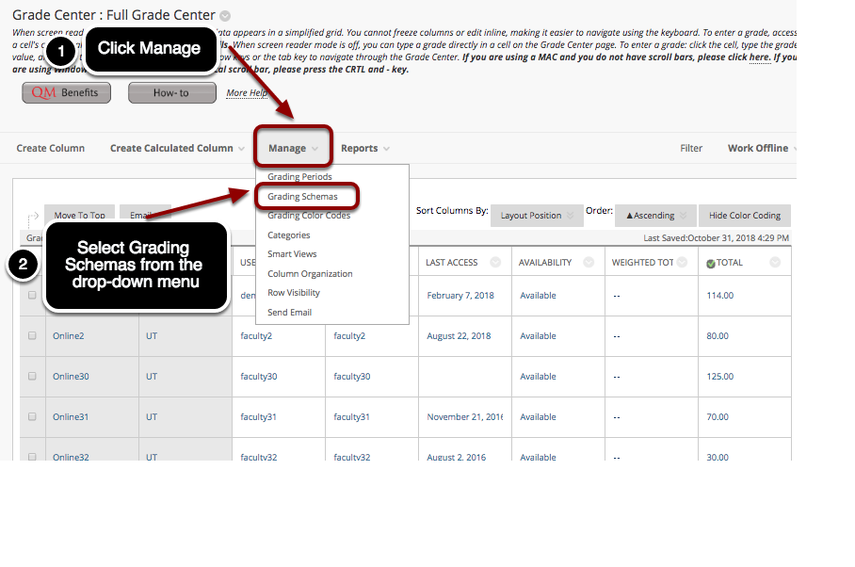 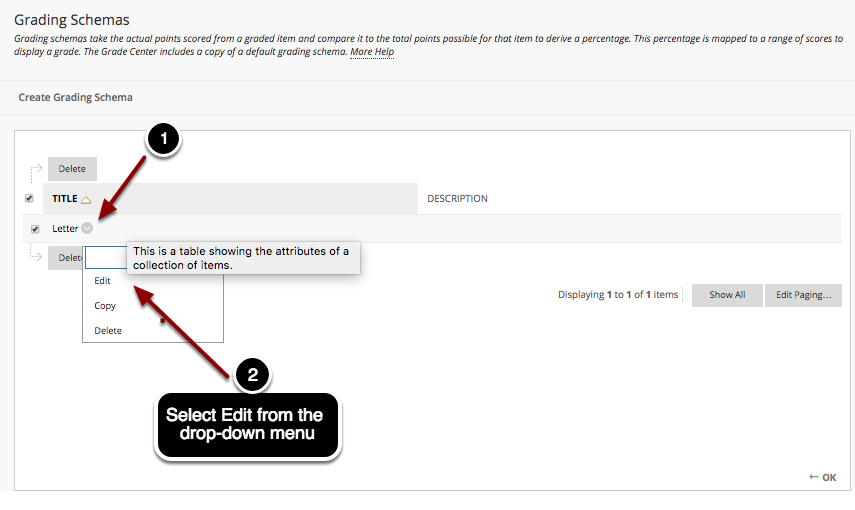 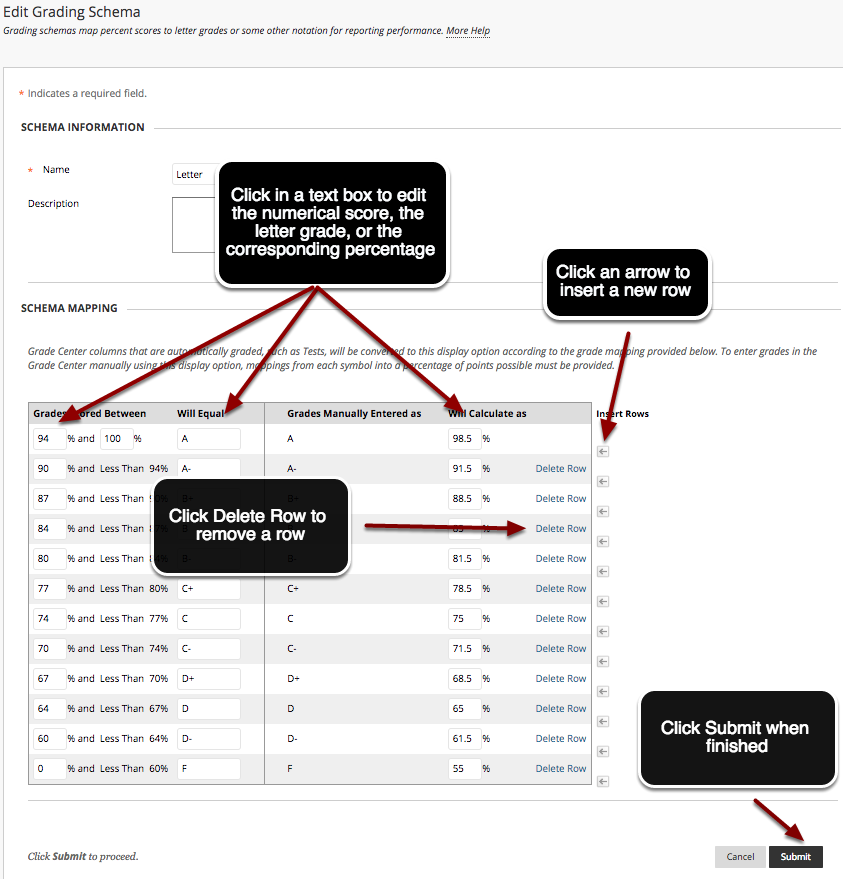 From the Edit Grading Schema page, you may view the selected Schema or you can edit the Schema by changing the values in the text boxes corresponding to the numerical scores, the letter grades, or the corresponding percentage. You can add additional rows by clicking on any of the arrows on the right side of the screen, or you can delete rows by clicking the Delete Row link.

If you have made any changes to the Schema, you must click the Submit button to accept any changes--otherwise click Cancel to exist this page without making any changes. 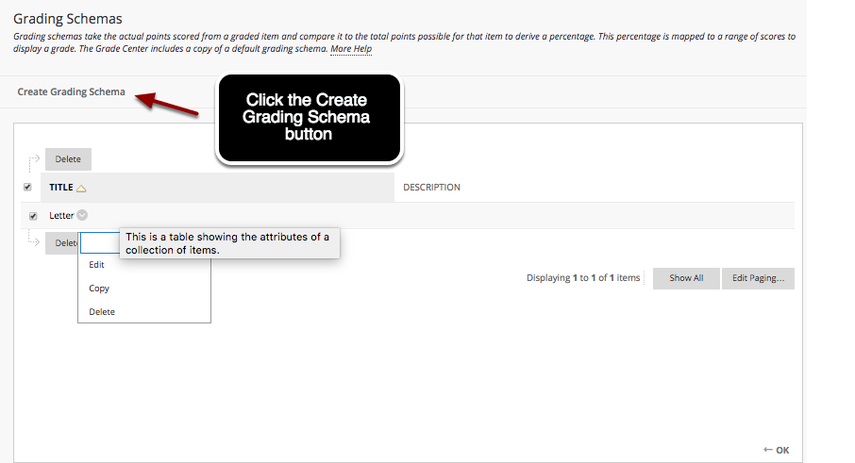 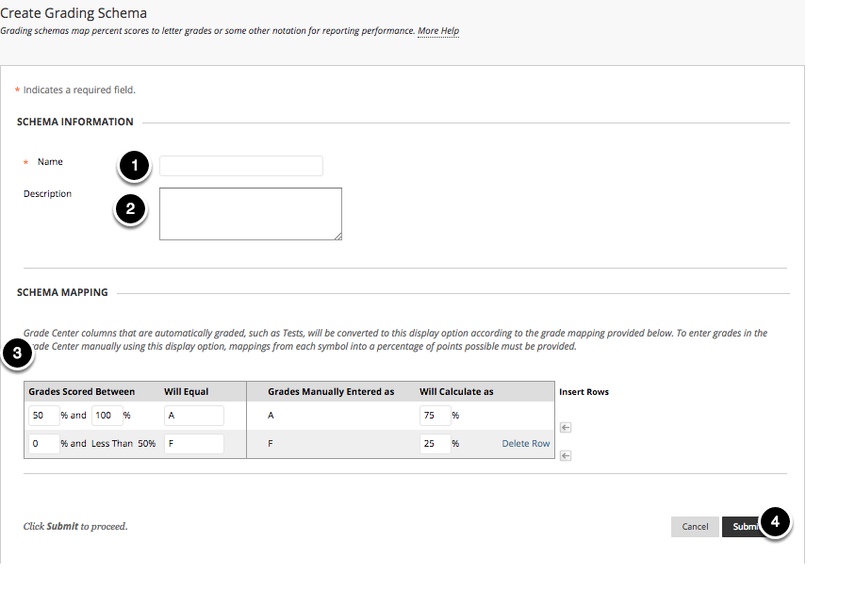 This is an example of a basic letter grade schema. \LNote: The dash symbol, " - ", cannot be used as an entry. The dash represents a null value.

This is an example of a basic Pass/Fail Schema.

Once you click Submit, you will be taken back to the Grading Schema page and a green banner confirmation will appear at the top of the page. 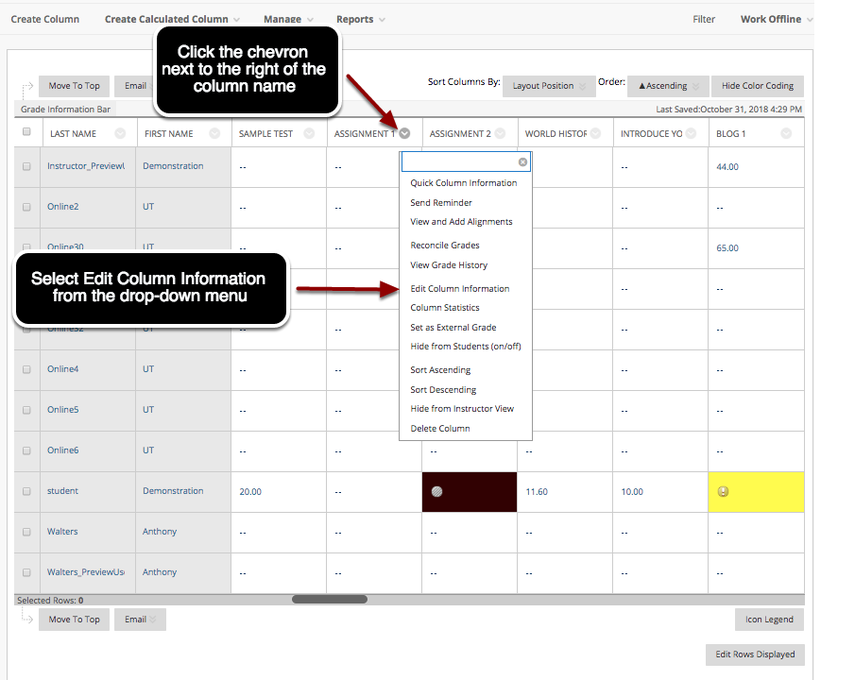 A Grading Schema must be applied to each Grade Column individually by choosing the Schema as either the Primary or Secondary Display option. There is no option to apply the Schema to all or multiple columns in a single step. 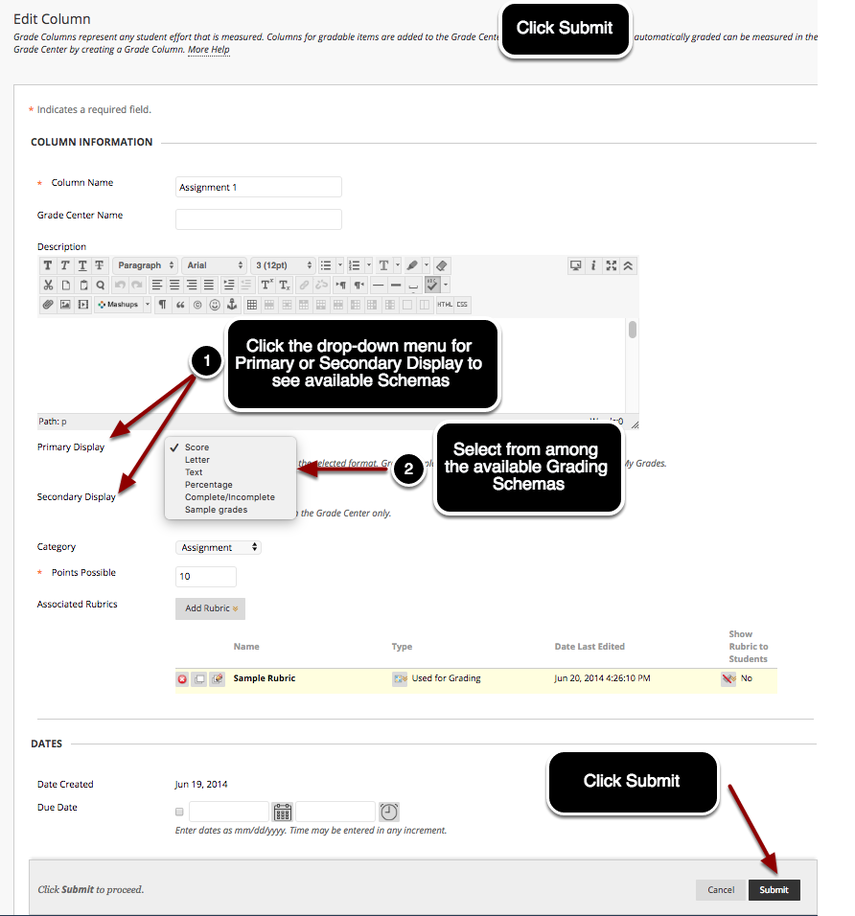 Remember: Students only see in My Grades whatever option is chosen for the Primary Display, only you see the Secondary Display option.

Once you click Submit, you will be taken back to the Full Grade Center and there will be a green confirmation banner at the top of the screen notifying you that your changes to the Primary or Secondary Display setting have taken affect.