What is a Merged Course?

A merged course is a Blackboard course site in which two separate course sections have been merged into one site.  This guide will demonstrate how to navigate and identify merged courses. 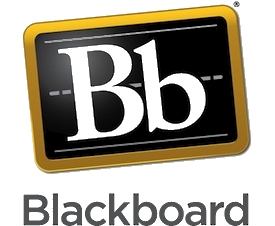 Merged courses allow faculty members to combine multiple sections of a course into a single site. This allows instructors to save time and effort related to uploading content, as they only need to upload content to one site.  In addition, instructors can interact with students and grade students' work in one site, instead of having to manage student interactions and grading across multiple sites. By default, courses that are crosslisted in Banner, UT's student registration system, are automatically merged in Blackboard.

If you are teaching multiple sections of one course, you can request to have the sites merged by sending a request to UT Online Faculty Support at [email protected] with the course sections you would like to have merged. 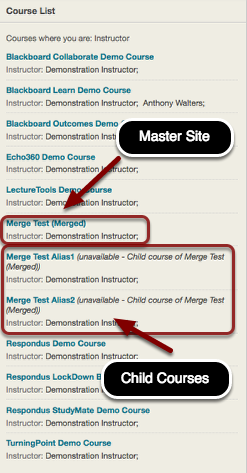 Merged courses in Blackboard consist of two components: One master course and a 'child' course for each section that has been merged into one site. In your Blackboard course menu, a merged course will be indicated by the the following format: "Year:Term," "Course Alphanumeric ID" (Merged) "Course Name." e.g. 2014:4 Fall, MATH4980 (Merged) Special Topics. 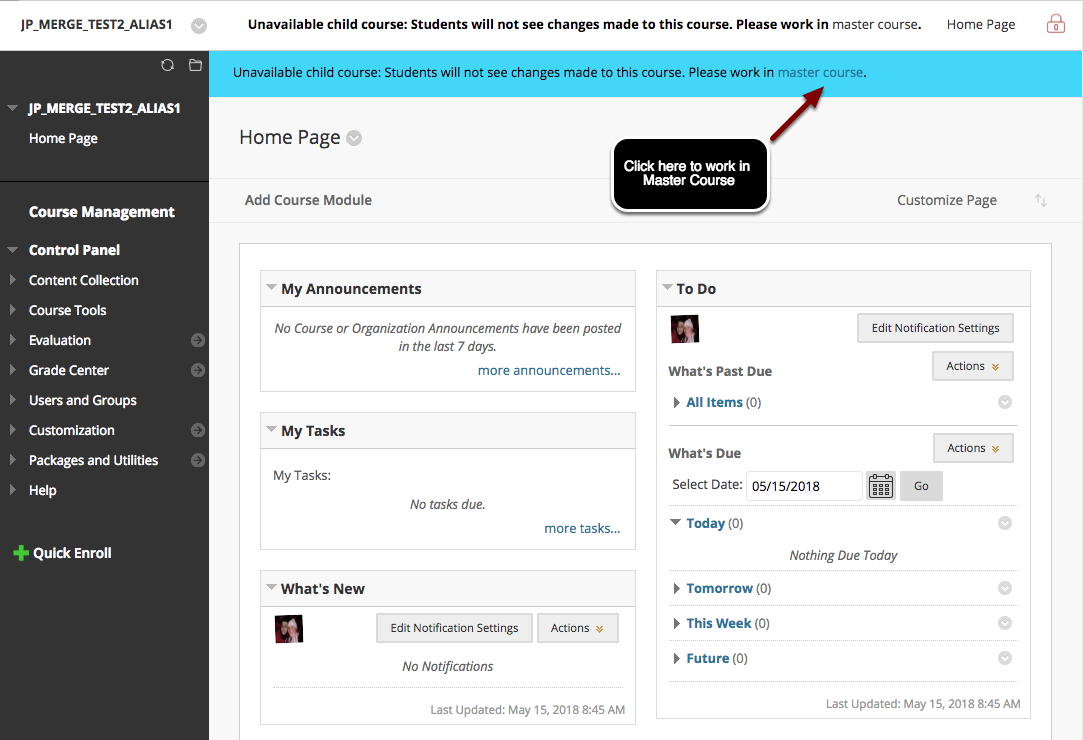 Within the master course, you will see the title of the course at the top of the course menu as "Year:Term," "Course Alphanumeric ID" (Merged) "Course Name." e.g. 2014:4 Fall, MATH4980 (Merged) Special Topics. In addition, the master course has its own unique course ID, which can be accessed under the Content Collection.  This merged ID can be used for copying materials from a previous course into the current course.

Identifying Students in a Merged Course 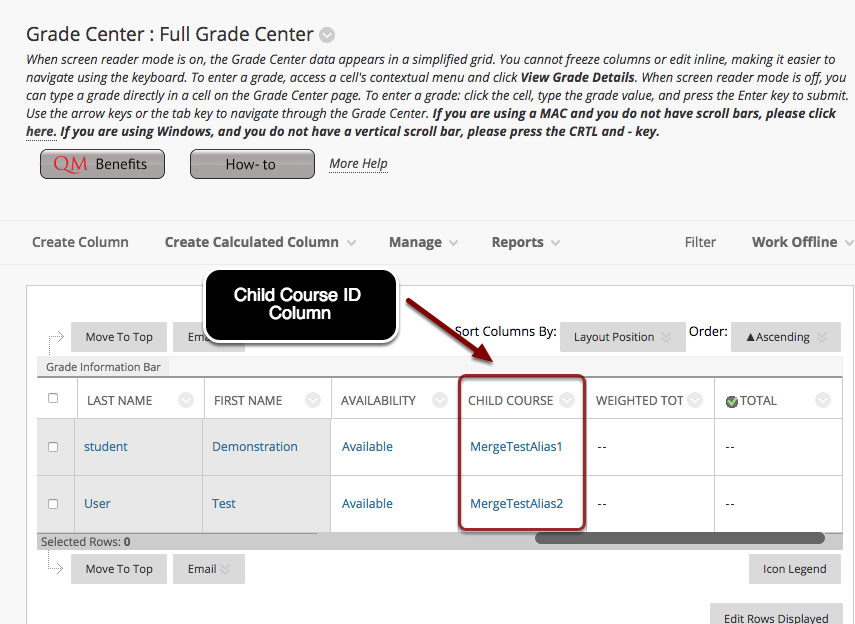 Within the Blackboard Grade Center, which can be accessed through the Control Panel>Grade Center>Full Grade Center, you will see a column labeled Child Course ID that indicates which child course the user belongs to. Instructors can create Smart Views in the Grade Center in order to view students within an individual section.

In addition, this information can be found under Control Panel>Users and Groups>Users under the column labeled Child Course ID.